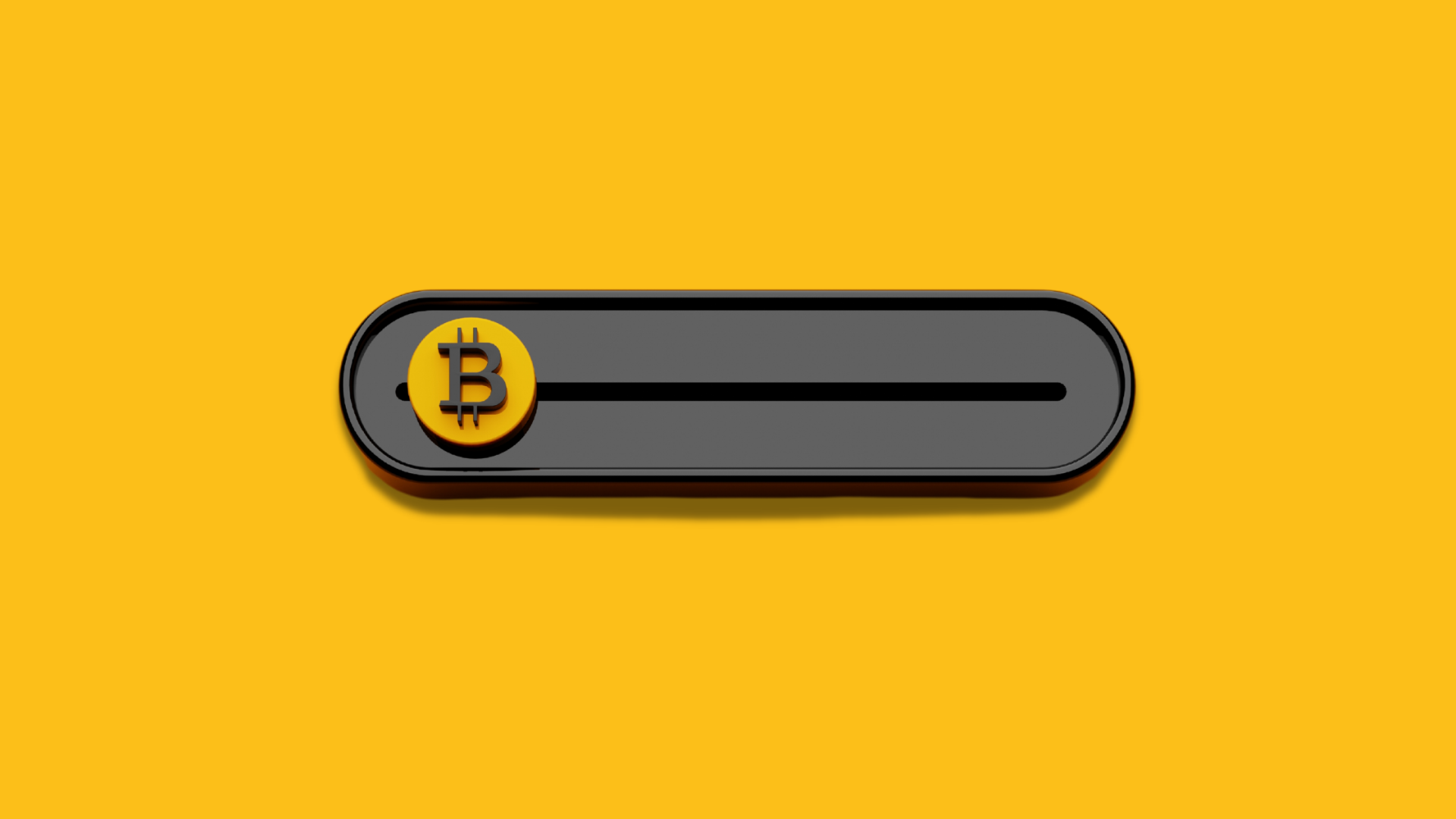 The cryptocurrency community has been captivated by Tulip Trading Limited v Bitcoin Association for BSV and others. At the heart of the dispute lies access to and control of digital assets worth approximately US$4.5 billion.

The Claimant, a company incorporated in the Seychelles under the beneficial ownership of supposed Bitcoin creator Dr. Craig Wright (using the pseudonym ‘Satoshi Nakamoto’) and his family, alleges that the Defendant open-source software developers owe it fiduciary and tortious duties to take steps to restore access to the digital assets that were lost due to an attack by a hacker, whether by rewriting or amending the underlying code.

The existence of such duties is disputed by the Defendants. The Claimant’s ownership of the digital assets, and whether it is possible for the Defendants to enable the Claimant to access such assets following the loss of the ‘private keys’ required to do so, are open issues in the case.

In the recent English High Court case, Tulip Trading Limited v Bitcoin Association for BSV and others [2022] EWHC 2 (Ch), Master Clark ordered that the Claimant must provide security for costs in respect of pending jurisdiction applications, leaving the quantum of such security to be determined at a subsequent hearing.

That issue came back before the Master in Tulip Trading Limited v Bitcoin Association for BSV and others [2022] EWHC 141 (Ch), in which she was tasked with determining, amongst other matters, whether it was appropriate for security for costs in respect of the jurisdiction applications to be provided by the Claimant in the form of cryptocurrency.

After concluding that it was appropriate to order security equivalent to 70% of the Defendants’ estimated and incurred costs of the jurisdiction applications, the Master turned to the form of security to be provided.

What form should security take?

The Claimant proposed to provide security in the form of digital assets, namely Bitcoin Satoshi Vision, or Bitcoin Core. Such security would, it proposed, be transferred to its solicitors in the sum determined by the Master, together with a buffer equal to an additional 10% of such value to reflect the volatile nature of such assets (the ‘Bitcoin’).

In conjunction with the transfer, the Claimant’s solicitors would provide the public addresses of the Bitcoin and an undertaking that the Bitcoin was held on behalf of the Claimant for the purposes of satisfying any adverse costs order that may be made against it in respect of the jurisdiction applications to the Defendants’ solicitors. Provision in the proposed order was also made for the Bitcoin to be increased if its value fell below the value of the security to be determined by the Master.

Although digital assets lie at the heart of the dispute, the Defendants sought security of a more traditional sort, with the First to Twelfth Defendants seeking a payment into Court or a sum to be held by the Claimant’s solicitors to the Court’s order as security for costs. Defendants 15 and 16 were prepared to accept either a payment into Court, or a bank guarantee from a “reputable first-class bank in London on reasonably acceptable terms”.

What principles will the English courts apply?

The judgment provides a helpful overview of the principles that an English court will consider when determining whether security in an atypical form will be acceptable.

In Monde Petroleum SA v Westernzagros Ltd [2015] EWHC 67 (Comm), at [61], Popplewell J. (as he then was) explained the principles to be applied by the Court when exercising its discretion in respect of the type of security to be provided:

"It is conventional to order security to be given either by payment into Court or by the provision of a guarantee from a first class London bank. That practice recognises that the security should be in a form which enables the defendant to recover a costs award made in its favour at the trial from funds which are readily available, such that there is little risk of delay or default in enforcement. Although security may be ordered in an alternative form, that form should be such as to fulfil the same function, so as to allow simple and swift enforcement of a costs order from a creditworthy source. In practice any such alternative form of security must be such as can properly be regarded in these respects as at least equal to, if not better than, security by payment into Court or provision of a first class London bank guarantee. See Belco Trading Co. v Condo [2008] EWCA Civ 205 at paragraphs [6] to [9] and Versloot Dredging BV v HDI Gerling Industrie Versicherung AG [2013] EWHC 658 (Comm) at paragraph [10]."

Applying such principles, security in a form that may give rise to enforcement difficulties, or that may be regarded as being inferior to a payment into court or a first-class bank guarantee from a London bank, is unlikely to be the beneficiary of an exercise of Court discretion.

If a claimant proposes that security be provided in an alternative form, the Court will take into account the principles set out by the Court of Appeal in Infinity Distribution Ltd (in administration) v Khan Partnership LLP [2021] EWCA Civ 565. These were summarised by the Master at [38] as follows:

“(1) In exercising its discretion to make an order for security under CPR 25.12 and 25.13(1)(a), a court should have regard to all the relevant circumstances …

(2) When exercising any power given to it under the rules, including under CPR 25.12 and 25.13(1), a court is obliged by CPR 1.2(a) to seek to give effect to the overriding objective, which, by CPR 1.1(2), includes, so far as practicable, ensuring that the parties are on an equal footing and ensuring that the matter is dealt with fairly …

(3) The task of the court is to "weigh up the respective pros and cons and strike a fair balance between the interests of the parties", and this balancing of pros and cons "is likely to be the primary consideration" …

(4) If, on an application for security, two different forms of security would provide equal protection to the defendant, the court should, all else being equal, order the form which is least onerous to the claimant …”

Applying each of the above principles, the Master noted that the Claimant did not have a bank account and had submitted that it was “impractical” for it to obtain a bank guarantee, and that converting cryptocurrency into pounds sterling would result in a tax liability.

However, it could not be said that the provision of security in Bitcoin form would provide protection equivalent to, or better than, a payment into court or a first-class bank guarantee. Should the value of Bitcoin fall, whether during the period of time when the was security being held or at the time when transfer was to be made to satisfy an adverse costs order, the Defendants would lack sufficient protection.

The Claimant accepted that the value of Bitcoin was volatile, and the Master took judicial notice of this fact. In the circumstances, the Master acknowledged that despite the alleged burden presented by the provision of more traditional security, “this is not a case where all other things are equal” (at [43]).

She concluded that the proffered security did not satisfy the principles set out in Monde Petroleum and declined to make an order in the terms requested, ordering the Claimant to pay the costs of the applications for security for costs.

What does the future hold?

Although the Court was unwilling to entertain the provision of cryptocurrency as a form of security for costs in the circumstances of this case, as the law develops there may be cases when security in the form of digital assets may satisfy the test.

Notably, in February 2020, security for costs in the form of funds held in a BTC Markets cryptocurrency investment account was found to be acceptable in the Australian case of Hague v Cordiner (No. 2) [2020] NSWDC 23. Despite acknowledging the volatility of digital assets, Gibson DCJ permitted security to be provided in cryptocurrency, albeit with value reporting conditions attached.

It remains to be seen whether an offer to provide security in a less volatile form of cryptocurrency, such as a type of stablecoin instead of Bitcoin, the provision of a larger buffer to better protect defendants from volatile fluctuations in the value of the digital assets, or the adoption of strict reporting requirements in respect of the value of any digital assets to be accepted, may satisfy the Monde Petroleum principles and tip the scales in favour of an exercise of discretion by English Courts in future cases.

As for Tulip Trading Limited v Bitcoin Association for BSV and others, the next chapter will unfold in March 2022, when the jurisdiction applications are due to be heard.